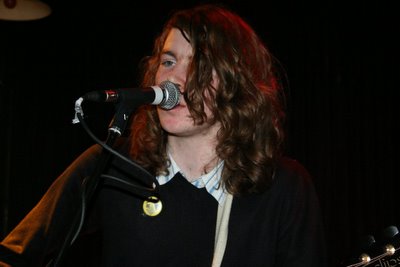 You wouldn't believe the diverse talent we had tonight. First up the Incredible James Chadwick. For those who didn't already know he made it to the finals of the BBC folk musician of the year competition and he's only 19 years old. He kept the audience spellbound with his amazing digital dexterity and fine voice. Watch this guy. He is going to go far. There are definitely people who are going to be kicking themselves for missing this gig. But fear not he appears again on Saturday at the Crown Lincoln Road. Do not miss that. 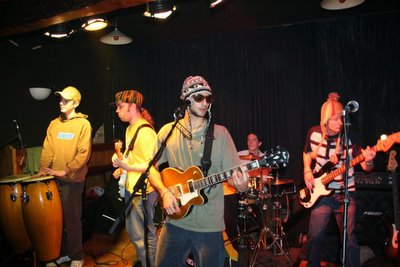 Following James all the way from Guildford, reggae band "Jamblin". Featuring John Jesus (Guitar/vocals), Brad Cush (Lead guitar), James (Bass guitar), Kerry (Drums). Also from Guildford in the late seventies was "The Vapors" who lived in a flat above a fish and chip shop, their hit single was "Turning Japanese". 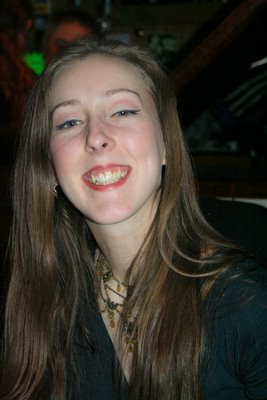 Ok some music fans this is Mel. 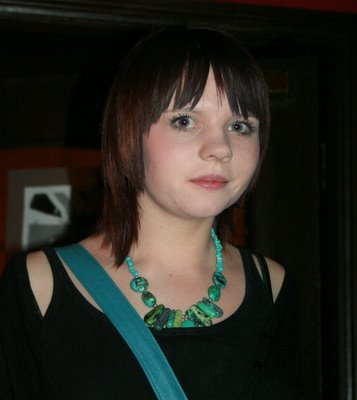 ...and Gemma who I am told is an artist amongst other things. 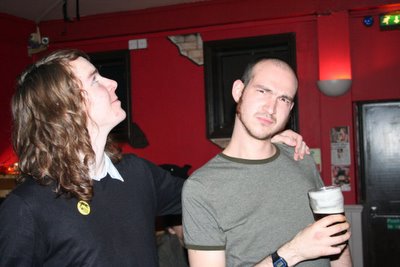 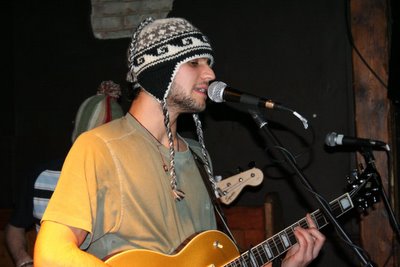 John Jesus of Jamblin who is from Portugal. 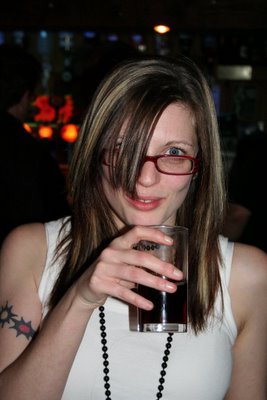 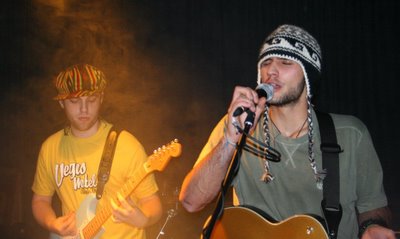 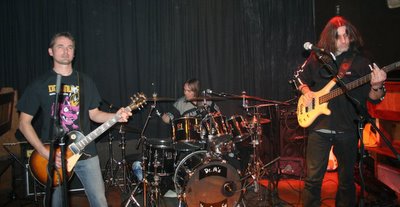 Finally after James and Jamblin we were treated to The Penetraitors. Self proclaimed piss take of heavy metal. 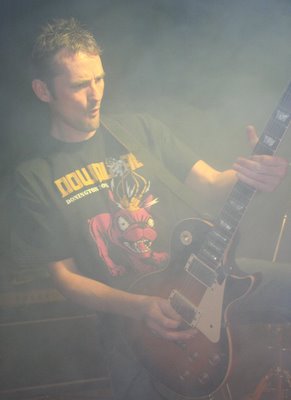 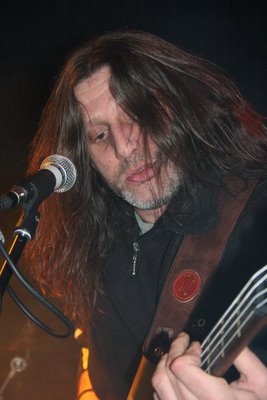 On bass and lead vocals Lars Rondolini, I'm sure they're making up these names. 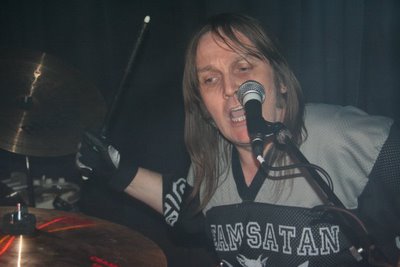 ..and Herbert Van Thal on drums and “Team Satan”. Aw cummon boys! You can’t be serious. 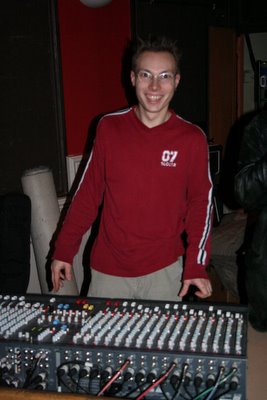 Finally Neil wanted photographic proof that he doesn't just drum, he knows how to play with knobs an' stuff an everythin'. Our sound engineer for the night.

Thank you to everyone who played tonight and everyone who turned up to support. Don’t forget get yourselves down to the Crown Lincoln Road on Saturday. It’s gonna be a great day and in a good cause.